Chiado, a neighborhood with class

Chiado is one of the most visited neighborhoods in Lisbon. It is a neighborhood full of life and charm with cool cafés, historical shops and theaters, remembering once a glorious past, a model of Parisian style. Chiado is ”Très chick!”

Chiado is definitely a neighborhood full of charm with beautiful decorated shops, cafés and theaters. It was fashionable to go to Chiado and it is still considered a perfect spot to go shopping, specially during this Christmas season.

Historically, Chiado started as a neighborhood full of noble houses and convents, becoming, later, a place of the new bourgeoisie, artists, poets and intellectuals. During the 19th century the opening of new cafés, theaters, clubs, booksellers and academies has influenced the neighborhood’s life as we know it from nowadays.

A fire stroke on the 25th of August 1988, which made a drastic change to the life of this neighborhood. However, it was given a new opportunity, thanks to the remarkable work made by the renowned Portuguese architect Siza Vieira. It is today a neighborhood who came back with its old charm and spirit.

What to see and visit in Chiado 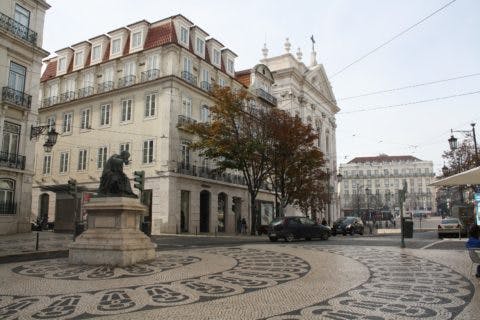 If you are curious to know why this place is called Chiado, you will find your answer on a curious statue, located right in the middle of the square and it goes by the same name. The statue belongs to a poet from the 16th century. He was also a friar and his real name was António Ribeiro. There is another theory which claims that the nickname Chiado belonged to another man. A tavern keeper who lived during the same period as the poet. We might believe that on a neighborhood of poets and artists, the first theory might be the right one… It was named after a poet, who was called Chiado. 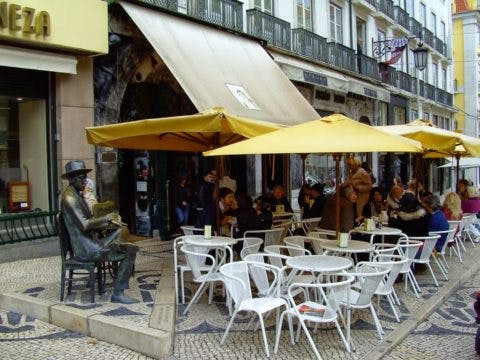 On the same square you will find the Brasileira, a café opened in the 19th century and it has been for decades a meeting point for the artists. If you visit it inside, you will see that it is not a normal café, but a real art gallery. Outside you can have a chat with a very famous client:  Fernando Pessoa, one of the greatest 20th century Portuguese poets. 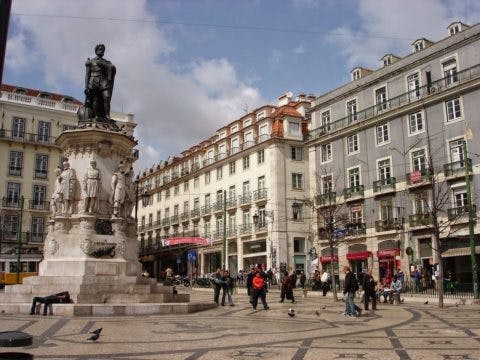 Today it is more used as a meeting point among friends, before heading to the lively Bairro Alto. In the center you will find the statue of Camões. He was a 16th century poet, symbol of the Portuguese language, and we celebrate his day which is also the day of Portugal, and the Portuguese communities. 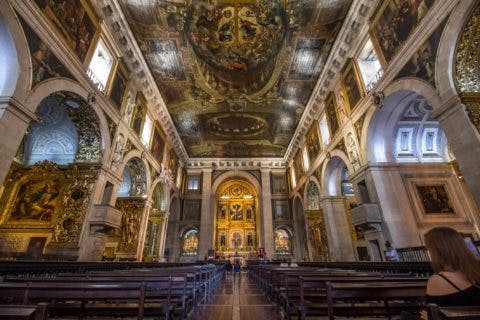 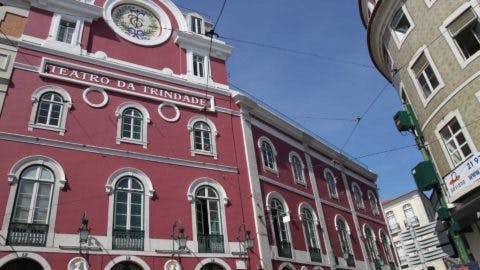 And besides churches you will find beautiful theaters such as Trindade, São Luiz, the opera theater of São Carlos. If you prefer visiting museums, you can visit the Contemporary Art Museum in Chiado or the archeological museum in Carmo. Chiado is a neighborhood full of art galleries, music and art academies. 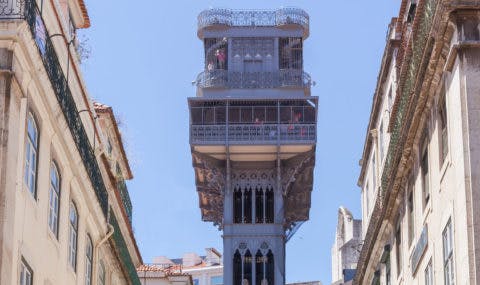 It was build in 1902 by Raoul Mesnirer de Ponsard. His name sounds very French, but he was a Portuguese born in Porto. It is an outstanding construction with a beautiful metal structure. Its design is made as a tribute to the ruined church of Carmo, which is now the archeological museum. 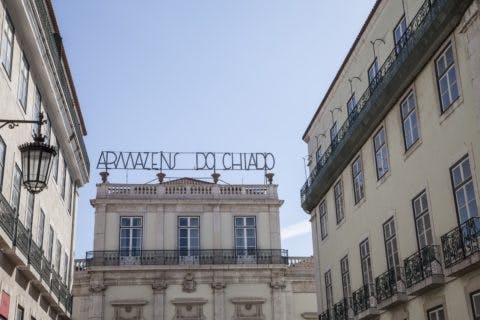 These buildings were two department stores like Harrods in London or La Fayette in Paris. Both were destroyed in 1988 with the fire and reopened in 1999. 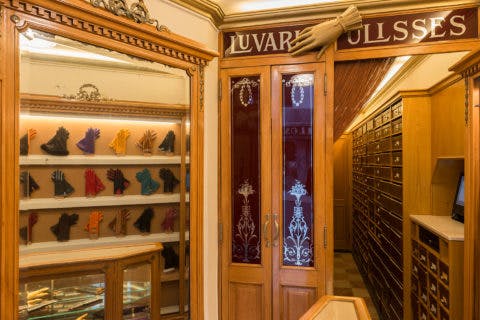 It is always a pleasure to visit the shops, even if it is only to look at them by its beautiful façades. We love the “Paris em Lisboa”, the florist   “Pequeno Jardim”   and the cute little shop that only sells gloves, called “Luvaria Ulisses”. There are shops which sells second hand books, struggling for survival. They are a true pleasure for any book lovers. Do you know that you find in Chiado the oldest operating bookshop in the world? It is Bertrand and it is enlisted in the Guinness Book of Records. Would you like to buy a souvenir which is 100% made in Portugal. Our favorite shop for that is  “A Vida Portuguesa”.

As you can see, there are many places to explore in Chiado, for historic and cultural visits or simply to enjoy the cafés and its lively and cultural life and shopping.

Chiado is one of our stops during our tour Relive Lisbon. Book now and help a cause!