Discovering Lisbon – Mouraria, the neighborhood with many worlds 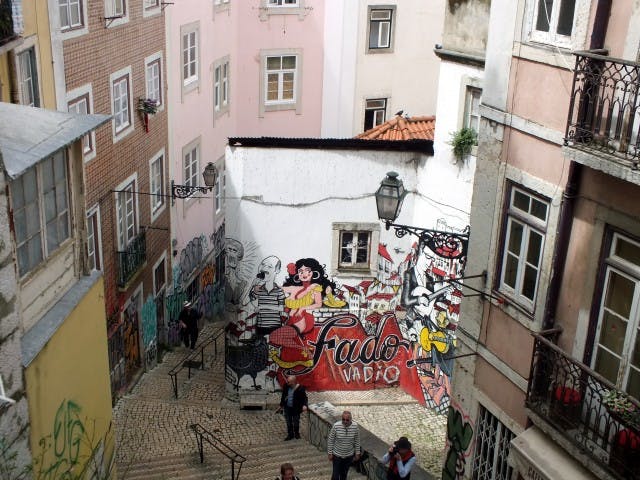 Mouraria is a cool neighborhood. It is where fado, tradition and multiculturalism are joined. It is a mix of scents, colors and sounds which make this place in the middle of the heart of Lisbon, so special. There you find many worlds. Let’s discover it!

It all began with the arrival of D. Afonso Henriques, the first king of Portugal, to the city of Lisbon. The city was conquered with the help of the crusaders in 1147 and the surviving moors were ”invited” to leave, ending outside the city walls. This way it was born Mouraria  – the place of the moors.

Throughout its history, this neighborhood, even located in the center of the city, has always been considered outcast, somewhere not to go if you were from good families. Back in the 19th century, it grew step by step, living among a poor population, with prostitution and criminality, in very narrow streets.  Nowadays the locals like to claim proudly that fado was born there. It is true that the most renowned singers were deeply connected to this neighborhood.  Severa, a woman from the streets and strong personality was the first diva of Fado. The most romantic claimed that she was beautiful, half gypsy just to add some spiciness to her look and her greatest passion to the Count of Vimioso, led her to a sad life, dying with a broken heart. Of course, part of it is just a myth but the truth about this relationship is that she introduced fado to the upper class. It then grew its popularity from a music performed only by prostitutes and burglars to the music admired by the rich. 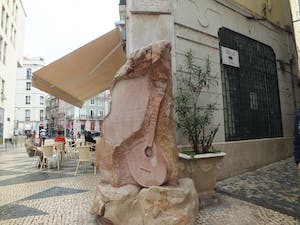 After Severa came many others like Amália, Argentina Santos, Fernando Maurício, the dearest son of Mouraria, and Mariza, among many other names who built the history of fado in this neighbourhood.

Nowadays Mouraria is full of contrasts. It developed itself as a space where many people from different communities live peacefully. Arriving to its main square of Martim Moniz, we notice that it is a meeting point to the several communities who live and work in the neighborhood. We find two curious buildings, both shopping centers, with lack of architectural beauty, the top of one is now a trendy spot for cocktails and nice sunset views. But if you go inside the other you will find surprisingly a lively market set somewhere in Asia with all kinds of commerce and cultural diversity. 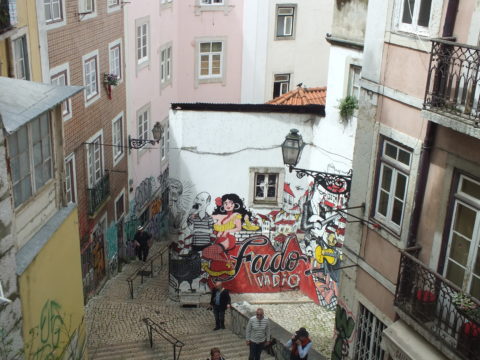 A visit to Mouraria is this and much more. A neighborhood in Lisbon with many worlds in it! It is always a place that we like to share during our tours in the city. Discover Mouraria with us in our The Best of Lisbon Walking Tour and (Re)live Lisbon! True Travel, Real People!